Are You Dealing with High Functioning Depression and Anxiety? 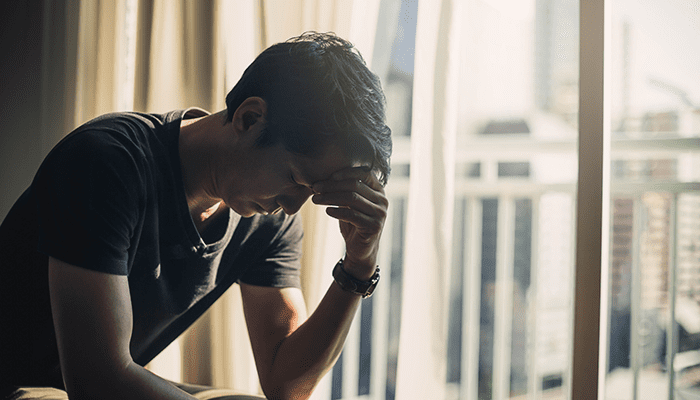 Depression and anxiety are mental illnesses that cause a person to feel restlessness, unhappiness, and a sense of impending doom. They are the most common mental health disorders affecting the world today. According to the National Institute of Mental Health (NIMH), 21 million adults in the United States had at least one major depression-related episode at some point. This figure makes up 8.4% of the entire adult population in the US.

These alarming numbers point to serious issues within our society. It is extremely important to regularly check in with loved ones to make sure they are doing okay. If you or someone you know is suffering from depression or anxiety, learn more about our treatment options.

What are the Effects of Depression and Anxiety?

Those who suffer from depression and anxiety often feel unhappy, nervous, and numb. It should be noted that grief, sadness, and general unhappiness are all normal parts of the emotional cycle that people go through in life. When it becomes so severe that it is already mentally and emotionally crippling, then it crosses over to become a disorder. Everyone reacts differently to depression and anxiety, some becoming so afflicted that they can barely get out of bed the entire day. Others are unable to deal with the severe feelings of sadness, and they may entertain thoughts of suicide.

To make matters worse, these bouts of depression and anxiety could last for a couple of weeks or even longer. The episodes are often so bad that it is not uncommon for people to seek some form of escape. This escape usually comes in the form of substance use, while some take to other forms of self-harm.

What is High-Functioning Depression and Anxiety?

High-functioning depression and anxiety are also known as persistent depressive disorder (PDD) or dysthymia. This form of mental illness could be extremely burdensome for people that suffer from it. They continue to function in work or social gatherings but will be in a very unhappy state. Therefore, the person with PDD is often seen as the “gloomy person” by people who don’t understand or know what they are going through. Sadly, people with PDD are often treated as outcasts in social gatherings.

Symptoms of High-Functioning Depression and Anxiety

It can be difficult to tell if someone is suffering from depression or anxiety because many times they will hide their suffering. This is why it is so important to talk to people about their feelings. Although someone may seem happy on the outside, they could still be fighting an internal battle. Some important signs to look out for if you or someone you know may be dealing with one of these conditions are

Can High-Functioning Depression and Anxiety Lead to Substance Use? Most people who suffer from depression and anxiety would want nothing more than to be rid of it. People with these conditions describe that a good day for them is one where they don’t try to hurt themselves to escape their pain and suffering. It is even worse for people with high-functioning depression or PDD. They try their best to be normal and productive like everyone else even as they fight an internal battle.

The suffering that comes along with depression and anxiety will often push someone with these conditions to seek out the fastest escape they can find. This is usually in the form of substances or alcohol. Many who turn to drug use or binge drinking admit that they might not feel the euphoric effects of drugs. They are mainly content with the numbness and altered state of mind that comes with substance use.

Many who suffer from PDD also have a co-occurring disorder. A co-occurring disorder is when someone with a mental condition also has a substance use disorder. This is also called a dual diagnosis. Treating someone with a dual diagnosis is particularly challenging as there is a need to address both conditions simultaneously. One disorder tends to feed off the other, and treating only one could be ineffective.

Dual diagnosis is not exclusive to depression and anxiety. People who suffer from a range of mental health issues such as Post Traumatic Stress Disorder (PTSD) and Schizophrenia may also have a dual diagnosis. In many cases, substance use stems originally from a prescription drug that gets used more frequently over time.

Some people suffering from depression and anxiety might take to self-medicating with the flawed reasoning that it could help them in dealing with their condition. This act of self-medicating is already a step in the direction of harmful substance use as it is done without any consultation or evaluation from a medical professional.

To make matter worse, there are many who have high-functioning depression and anxiety but remain undiagnosed. These people falsely believe that they will never find happiness in life without knowing that they have an underlying mental health condition. This false assumption will inevitably push them to find remedies to what they are feeling. Many people will eventually turn to substance use in order to cope with these feelings.

What is the Danger of Substance Use and High-Functioning Depression and Anxiety?

Substance abuse will make anything worse for anyone, no matter the situation. While suffering from depression or anxiety, a person will have strong feelings of negative emotion. This may promote the idea of self-harm or inebriation to try and cope with the pain. The reason this is so dangerous is that the feeling of a high from drugs or alcohol will further damage dopamine receptors. Dopamine receptors are responsible for stimulating positive signals in the brain.

Alcohol and some substances have a depressant effect on the central nervous system. To someone already suffering from depression and all of the symptoms that go with it, this would only make things significantly worse. If you feel like substance use is becoming a problem in your life, seek professional help as soon as possible. Nothing could be more agonizing for a person than losing the battle with high-functioning depression and anxiety. It is easy to let yourself fall into a pit of substance use and addiction. We have a team of medical professionals that are dedicated to helping you overcome these afflictions. Our program is tailored to people who need to get back on the right path. Surrounding yourself with our team and others going through the same battle will provide you with the tools you need to beat substance use for good.

All of our clients are treated with top-of-the-line care that is specific to each person. There is hope for everyone, so remember that we have your back. If you or someone you know is interested in our program, don’t hesitate to contact us today!